The fixtures keep coming! Here’s to wishing all the Draft Fantasy managers out there have been able to field a full XI every week.

While not all of these five are guaranteed starts during the busy festive period, they do offer substantial upside if you can fit them in your team.

Oh, and consider yourself warned that Yannick Bolasie is likely to feature again in this list for GW20.

The German Gündogan was a surprising star in the 4-1 dismantling of Tottenham last weekend. It might yet be premature to get too excited about a player who last scored in the Premier League a year ago, but he was excellent both as a supplier and finisher on Saturday.

The obvious problem is that Gündogan is still nowhere near Kevin de Bruyne, Raheem Sterling, David Silva, and Leroy Sane. Fabian Delph is still in the mix too, but has been filling in as left-back even, though they share the midfield classification.

Nevertheless, the recommendation with City players remains the same: get as many as you can, however you can. Gündogan is a more realistic pick-up in deeper leagues as he builds fitness, but he is hard to ignore. 16% owned.

Next up: Home to Bournemouth, away to Newcastle, away to Crystal Palace.

If you are reading these waiver wire recommendations in order, it should make sense that Mangala follows Gundogan. City are winning at a clip that is unprecedented in the Premier League, so they are going to garner more attention than anyone else.

Mangala may be flying more under the radar because he hasn’t picked up clean sheets while in two of the last three starts and thus has not scored well, but those were tough opponents.

Since coming on against Manchester United for the re-injured Vincent Kompany (it was only a matter of time), Pep Guardiola looks like he is picking Mangala with a newfound confidence, while before, it was merely an act of desperation.

John Stones figures to be first choice to partner Nicolas Otamendi when both are healthy, but Stones is out for another week or two. There are much worse stop gaps and few other unowned players have as much upside in playing for the team running away with the League. He’s less than 1% owned.

Next up: Home to Bournemouth, away to Newcastle, away to Crystal Palace.

The former Wolves midfielder has managed two goals in just 22 minutes in the last two games. That’s an astonishing rate, but it would be foolish to think he can keep producing like that without regular starts. With Christian Benteke out suspended due to yellow card accumulation, Sako might get a start.

There aren’t really many other good options up front for Roy Hodgson, so there is a decent chance Sako starts at least some of the next few matches while the fixtures have piled up. In any case, he continues to provide a spark and Hodgson has even stated publicly that he is not afraid to use him.

Wilf Zaha was leading the attack in Benteke’s absence, so Hodgson has had some practice getting creative with his selections and formations. See if there are any more clues about Sako’s potential inclusion as the week goes on, as Swansea is the most inviting of the next three. He is another who is less than 1% owned.

Next up: Away to Swansea, home to Arsenal, home to Manchester City.

Depoitre played spoiler against Chelsea two games ago when he game off the bench to score a late consolation, but his performance against Watford was masterful. A goal and two assists means he is all but assured to start the next match, and probably beyond.

Before dropping back to the bench a few weeks ago, he had started 10 Premier League matches, so David Wagner clearly likes what the striker has to offer when he is on form.

Huddersfield are not going to be mistaken for City or the other top tier teams in the league, but they have been getting results when they need them most.

Aaron Mooy (24%) started the season with a bang but has been largely ineffective since then, and his return to form is inexorably linked to Depoitre. Fantasy managers can claim Depoitre in 92% of leagues.

Next up: Away to Southampton, home to Stoke, home to Burnley.

The young, fleet-footed Ox isn’t always talked about positively with regards to his youth (seen as a poor decision-maker) and speed (talent without end-product). However, Jurgen Klopp did pay £35 million for him, and must have seen enough raw talent to go out and get him.

Ox, like Gundogan, plays in a stacked midfield, which means you sometimes lose your spot, but when you do get minutes, a simple square ball might earn you an assist. In fact, the Ox did assist Philippe Coutinho last weekend, and sticking up for him in the post-match interview doesn’t hurt their chemistry either.

But the reason Oxlade-Chamberlain makes this list today is largely because he will return to face Arsenal next week. That’s an intriguing revenge game. Klopp would be wise to keep him in the line-up and let the team feed off of the emotions from a player looking to prove he really belongs at a top club and in the England squad. Only 12% own him.

Next up: Away to Arsenal, home to Swansea, home to Leicester. 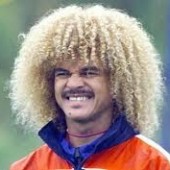 I'm an avid fantasy football (soccer) fan who currently lives in the San Francisco Bay Area and loves his day job. I peaked as a player during the 2003 Kentucky All “A” Regional tournament, but I still like waking up early on Saturdays and Sundays to watch EPL live on the West Coast. Twitter: @Cjacksondraft

How will Renato Sanches fare in the Premier League with Swansea?