10 games in to the season and we’ve already seen our fair share of injuries ravage even the most rugged of fantasy football teams. In efforts to stay one step ahead, I’m turning my attention this week to ones to watch that are nearing their return to action…

Technically, the seagulls speedster has already returned having made it on to Premier league turf as a sub in each of the last 2 fixtures, but I’m marking Lamptey down as one to keep an eye out for as Potter eases him back in to a starting spot on the right side of a defence that has looked well worth a few clean sheets this year. Anyone for Potter-roulette this week?

Consistently passing the eye test last year, I’m excited to see what Eze can do in a more fluid attacking force under Vieras tutelage at Palace. With the likes of Gallagher, Zaha, Edouard and even fantasy castaway, Christian Benteke, bagging impressive attacking returns, Eze could be in for some points should Viera find a viable route to fit him into a starting berth ahead of the likes of season lurkers Olise and Schlupp.

Featuring in a ones to watch article for the 2nd time this year, Doucoure is reportedly ahead of initial estimates and poised to return shortly after the return from the International break. Evertons dip in form coinciding with Doucoures time on the physios bench is no coincidence and Bentiez and Toffees fans alike will be desperate to see the big man return to the pitch and pick up where he left off. Should he do so, getting in early on the regular points returns we’ve come to expect from Doucoure this season could be a good ploy for fantasy managers seeking an edge in midfield.

That’s all for this week…good luck for game week 11 everyone. Remember, a good trade is pure skill, dropped points is all down to fate. 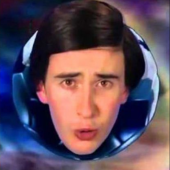