Who Currently Is on the Best Fantasy Premier League Squad for 2022?

Anyone who is a Fantasy Premier League fan knows the importance of building the right squad. And no matter if you’re someone who’s been playing the Fantasy Premier League for years or someone who just started, you’re certainly always looking for tips on how to make your squad top-notch. However, you might also be interested in the history of the game and how it actually became so popular. To learn more and get some useful advice, read on.

How did the Premier League get so popular?

For starters, we should look into how European football became so popular in the first place. First of all, football, as we know it today, originated in England. The country itself has over four thousand registered clubs, including Sheffield F.C., the very first football club which was founded a long time ago, in 1857.

What is more, the entire European continent is full of clubs that are over a hundred years old, such as the First Vienna Football Club (founded in 1894), Royal Antwerp FC (1880), Genoa C.F.C. (1893), and Sevilla Fútbol Club (1890). As you can see, the sport is a huge part of Europe’s history and the go-to sport for many countries.

With so many teams, it’s easy to find a favorite and become a die-hard fan. The rivalries play a big part in the sport’s popularity – just think about how many London derbies there are with famous clubs like Arsenal, Chelsea, and West Ham all being from the capital, as you can read on www.visitlondon.com. Each club’s fans come up with interesting chants for their players and squad and the whole atmosphere can be really entertaining.

Another big plus for football and the reason why there are so many skilled and popular players is the fact that getting started in the sport doesn’t require huge amounts of money for equipment. Kids of all ages can start with only a pair of studs and a ball and if they’re lucky enough to get scouted, they could become the next Messi or Ronaldo. Moreover, players from all over the world come to Europe to play football at the highest standard. Plus, even smaller countries have their own leagues and get to compete with the big names at some of the many tournaments.

With such popularity, it should not come as a surprise that football managed to inspire gaming and the digital world in a big way. In addition to franchises like Pro Evolution Soccer and FIFA, so many other types of games were also made available. From arcades to PC and console games, the world has so many football titles to offer. What is more, there are even casino video games like slots that feature or are inspired by the sport, and these can be found on websites such as www.skycitycasino.com – some of the famous titles players can choose from are Football: Champions Cup and Instant Football.

The very first traces of European fantasy football we know today can be seen back in 1991, when Andrew Weinstein, fascinated with the popularity of the US version, brought it to the continent. It’s only normal that the demand expanded over time and that Fantasy Premier League soon became an option. After its humble beginnings in the 2000s (2002-2003 season), the FPL game evolved to become one of the most demanded options for football fans all over the world.

In it, each player, aka manager, has a budget of £100 million to spend on their initial team of 15 players. You get two goalies, five defenders, five midfielders, and three forwards. However, it needs to be said that you cannot pick more than three players from a single Premier League club.

You also need to choose your starting eleven before the deadline, which is 90 minutes prior to the first match of the Gameweek’s kick-off time. There is also the option to hit ‘auto pick’ and have the site build a team for you. You get points according to how well your players perform on the field.

Currently the best players in the FPL

With the rules in mind, it’s important to learn how to build the best team possible. Let’s go over who are currently considered the greatest players in the FPL.

When it comes to goalkeepers, Manchester United’s David de Gea is your best bet. Since Rangnick took over in December, De Gea made more than 21 saves, which is great news as you get a point for every 3 shots saved by a goalie in a single game. He will cost you £5.2m.

In terms of defenders, you should think about Chelsea’s Marcos Alonso, Brighton’s Marc Cucurella, and Liverpool’s Trent Alexander-Arnold. Alonso will cover your left wing-back slot nicely and he can even go on the offense when necessary. He’s currently worth £5.7m. For £5.1m, Cucurella is a full-back that can create plenty of chances. Alexander-Arnold is a bit pricier at £8.4m but he’s worth it as the only player that currently has more points is his teammate Mo Salah.

Depending on your formation, you have several options for your midfielders and forwards. However, you should certainly consider Tottenham’s Lucas Moura for £6.5m who scored four times in his last eight matches in all competitions. Then, as Leicester is without many of the 16 first-teamers due to various reasons, chances are high of James Maddison (£6.9m) playing. Diogo Jota (£8.2m) is another player that can get his chance to shine while certain footballers are away for the Africa Cup of Nations. Mason Mount is among Chelsea’s top-ranked players and he can also be a good addition to your team during the upcoming matches.

Leandro Trossard (£6.1m), Joshua King (£5.8m), and Harry Kane (£12.2m) can complete your squad as these forwards have a good record. However, if you think Kane will lack Son’s assistance, for £12.5m, you can have Cristiano Ronaldo in your team.

FPL is known for its ability to keep you excited and impatient to know the outcome. However, keep these tips in mind for a successful gameweek. Good luck! 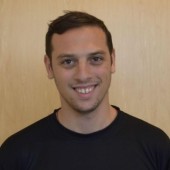 Confessions of a Fantasy Football WAG

Fernando Llorente: The perfect ‘Plan B’ for Mauricio Pochettino’s Tottenham

The Tricky Concluding Round