Confessions of a Fantasy Football WAG

I am a Fantasy League WAG and, in marrying my husband, that’s the path in life I chose. Fancy sports cars, huge mansions, beautiful clothes (at least that’s what he promised!)

And for those ladies out there who fall into the same boat, there are 10 important lessons that I’d like to pass on from my years as a Fantasy League WAG. So pour yourself a glass of wine, sink into a hot bubble bath, and relax in the knowledge that you’re not alone.

So, my fellow WAGS, there you go. But in the end, the best piece of advice I can give you is to try and come to the realisation (it took me many years to realise this), that, without the back-to-back games, the hours spent agonising over trades, the sleepless nights, the screams from the sofa and the general obsession that is Draft Fantasy League, your man would be lost.

…and everything else that makes him love this game. Let him enjoy it, he (hopefully) deserves it. 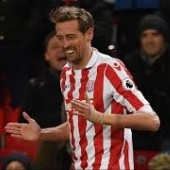 I play fantasy football. A lot.

European Championship – Legends from Across the Years