Gameweek 30 marks the beginning of a busy stretch in the world of Premier League Fantasy Football. It also comes on the heels of time where many Draft Fantasy managers will have been suffering from what I like to call IBS, no not the stomach issues, I am talking about International Break Syndrome. It is shaping up to be a really annoying one too as there have been some significant injuries, plus there is the usual travel issues to consider. All that and more in this week’s preview.

Let’s start with the worst of the news that stalwart fantasy defender Coleman suffered a broken leg and is lost for the season, a cruel blow. Holgate should replace him as Funes Mori also was hurt, but regardless now is not the time to invest in Everton defenders, other than Baines if he still on pks. A trip to Liverpool is not exactly appealing for the Toffees in general but Lukaku is the league’s leading scorer for a reason. Expect a tight game but with Liverpool coming out on top led by some combination of Firmino, Coutinho, and Mané. And yes, their Brazilian pair will be available as it’s private jet time again! But Lallana will not be involved after picking up an injury so that will open things up for Origi or Henderson if he is healthy enough to go. Also Milner continues to produce through pks and Wijnaldum seems to score big goals in big games.

Chelsea have a few minor injury worries so we could see some changes as regulars Hazard, Costa, Courtois and Moses are all carrying small complaints. All still may play but if not it will mean opportunities for Willian, Batshuayi and likely Fabregas will get a start to add some offense to the lineup plus Begovic in the net. Home to Palace is still a good matchup of course and a chance at picking up points from some spot starts. Palace players are not recommended this week but keep an eye on players like Benteke and Zaha who had good international breaks plus the returning van Aanholt as they do have a double coming up in GW34.

If Sunderland could not beat Burnley at home then you have to believe that relegation is a foregone conclusion after dodging many bullets over the past few seasons. Defoe is still an option but I like Watford to win a low scoring game which brings the Hornets’ defense onto our radars plus there is the possibility of a big day from Deeney. The other safest Watford attacking options to consider are Capoue and Niang based on previous minutes but if Okaka starts he could produce.

Expect Burnley to put up a fight at home but for Spurs to come out on top ultimately. Kane continues to be sidelined so the offensive onus with fall to Alli, Eriksen and Son once again with Alli being the prime option now that he is seemingly on pk duty too. The backline has clean sheet potential and Davies has a bit more security now with the news that Rose could still be weeks away, but Burnley could equally score at Turf Moor. The Clarets’ best bet continues to be Gray but their defenders could pop up with a set piece goal in a scramble.

Hull are on home turf and need a win to keep their hopes alive so expect a strong lineup featuring both Niasse and Hernández who look to be getting an understanding of one another. Huddlestone is out due to suspension which will likely put Hernández on pk duty temporarily too. West Ham have some injuries piling up so maybe Markovic/Grosicki could come up with something too. And how about those guys in the infirmary for the Hammers? Antonio is the biggest miss but the loss of Obiang and Reid will have an impact too. Ayew could be a solid choice to join Carroll and Lanzini in attack, I fancy he takes advantage of the chance and scores in what could turn into a high scoring game.

Leicester has become fantasy relevant once again and it is the same guys as last season that I am going to suggest using as Vardy and Mahrez are rounding into form in the attack and the defense could also get you points, Fuchs in particular. Stoke will be led by their usual suspects as Arnautovic is a dangerous player plus Berahino should awaken from his goal scoring slumber at some point. Shaqiri looks to be back healthy and always brings that wildcard possibility. 2-1 Leicester sounds about right?

The Red Devils have a bit of a personnel crisis going on as the injury bug has hit plus Ibrahimovic and Herrera both must serve the final game of their respective suspensions. Pogba, Smalling, Jones and Fellaini have picked up injuries while Valencia is a risk to start due to coming back late from duty with Ecuador. It could make figuring out the starting eleven a little easier to figure out as Bailly and Rojo should be locked in to start at centre back while the offense is likely to feature Mkhitaryan, Mata, Martial and Rashford, with Lingard a possibility also. Tony Pulis has an eye on their next game with Watford so Róndon and Chadli may not be risked. The Baggies will make this one interesting but I still like Utd at home to take the 3pts.

This was supposed to be the spot where Gabbiadini owners were supposed to have smiles on their faces, two plum home matchups in a row plus a DGW on the horizon, but his injury has put a damper on all that. Still a good spot for your Saints with Tadic, Redmond, Ward-Prose likely to be involved in the scoring, maybe Long can take advantage of the opportunity too? Bertrand and Soares are solid defender picks this week also. Bournemouth have been led by King lately but he is said to be carrying a niggle or two…he did start for Norway though so it shouldn’t be an issue. Afobe impressed last game but those are where I will leave it as I expect the Saints to dominate the ball in this one.

The biggest concern here was the possibility of an injury to Sigurdsson as he was pulled from a game for Iceland, but he has returned to training but worth noting. Llorente will be leaned on again up front and at home to a poor Middlesbrough team it seems likely he finds the net. Naughton could return on defense but Olsson and Mawson remains your best choice against goal shy Middlesbrough. But with that said, if they are going to get on the scoresheet then why not against their fellow strugglers? If so, you really have to think that it will involve Negredo or Ramírez. Another team with an upcoming DGW so keep tabs.

The marquee matchup of the weekend features a few question marks of its own. Arsenal should have Sánchez available but Wenger has a history of starting him from the bench when returning from international duty on short rest. Özil returned to the Germany lineup so he could be ready to make his long awaited return. City have an issue with De Bruyne after he was hurt while on duty with Belgium. But with this being a huge 3 points on the line, expect the strongest lineups possible. I like Sané as the difference-maker in a close 2-1 City win.

That about sums things up for GW30, and remember that we have 3 Gameweeks in short succession so be prepared to be busy. Enjoy the return of Premier League Fantasy Football action. Oh, and that Ronaldo statue 😂😂😂. 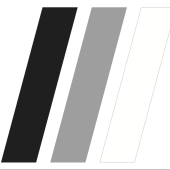 If You Get a Chance to Sit It Out, Or Draft… I Hope You Draft

How Playing Games Online Makes You a Good Strategist